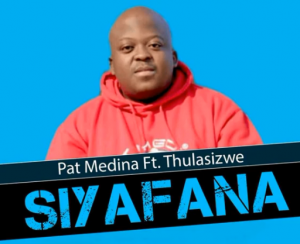 Check out south africa talented singer Pat Medina is back with a new hit song featuring Thulasizwe which he titled Siyafana.

Pat Medina is making it to the top south african amapiano song releasing new hit jam for his fans to listen and enjoy.

Stream and download below and tell us what you think