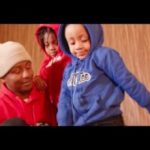 Emtee has finally drop the video of the song he release since called Logan.

Proving his worth in the industry, Emtee still holds the reign with Itemba and his featuring on Ami Faku’s track titled La’La Ngoxolo.

Stream and watch the hit video below.