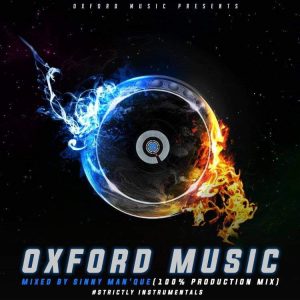 Earlier today, South african talented singer Sinny Man’Que dropped off a new song, titled “Oxford Music (100% Production Mix)” which the artist decided to take over the streets with the brand new song and banger for all music lovers.

Sinny Man’Que has been bubbling up in the South african releasing more hit song and follow-up with these new song that is on board. He like to stay high making point in music.

Take a listen and enjoy the song and tell us what  you think.